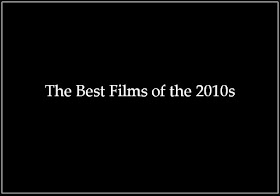 "I am thrilled to finally be able to present my selection of the best films of the 2010s – a compendium of 100 works that stuck in my mind, that haunted me, that moved me, that I still passionately rewatch. And as is often the case with lists, this one, too, would probably look vastly different if I were to present it on another day, so this selection and especially the individual placements are but snapshots in time. I originally intended for this list to consist of only 25 titles, but that proved too much of a massacre of darlings, so I expanded the number to 50 – and arrived at the exact same conclusion. Thus, I eventually settled on 100 films from the years between 2010 and 2019 – again with a lot of agonising – which I am counting down below, hopeful that it might prompt some readers to catch up on one or two they have missed."