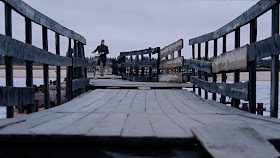 Silent Souls is, if anything, a fascinating piece of Russian magical realist cinema. It succeeds on many levels and may well be seen as an important contribution to saving the Meryan culture, which itself is enormously aborbing. But it is unfortunately weighed down by its director’s ego, and an ending which shoots completely off target and offsets the whole carefully constructed atmosphere of the film. However, despite being anything but an altogether satisfying experience, it is definitely worth your attention and time.